I have always loved freshwater and sea water and you will always find me near it, in it or under it.
Since 1990 I have white water rafted, kayaked my waka, snorkeled and swum many rivers in Aotearoa and overseas for work, adrenalin and adventure.

My passion for Environmental Education was formed around eight years of age, as I remember standing with my hands on my hips, giving my dad grief about throwing his rubbish into the Graham Valley River. (:

From 2001 until 2006 I owned and operated a business called Motueka Inflatable River Kayaks, which ran eco adventure kayaks trips on the Motueka Awa.
Then I worked for Northland Polytechnic as an Environmental Tutor from 2006 -2008

Following this I headed to the South Island to train as a Primary School Teacher finishing in 2011. My dream was to get students and local community working together as Kaitaiki alongside professionals to monitor freshwater and marine waterways in their own backyard. 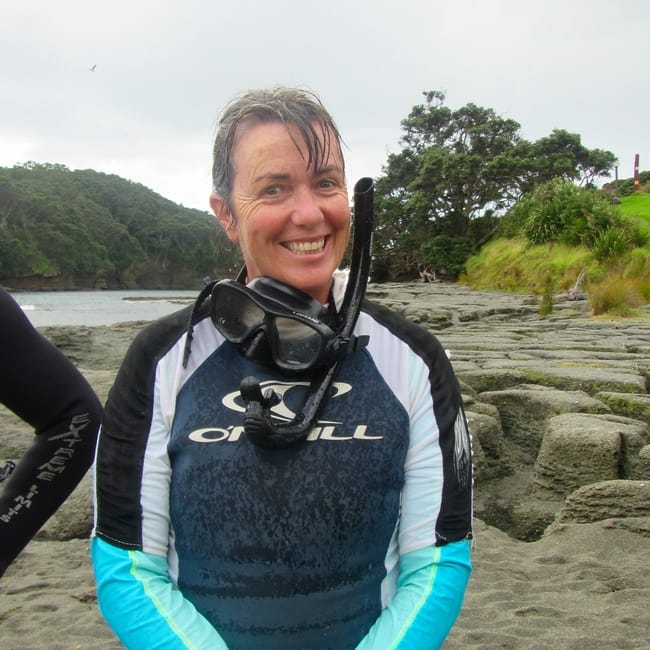 If you would like to make a simple donation please visit our Givealittle Page.